With regret, we announce postponement of the 16th World Association for Political Economy Forum until approximately May/June 2023 due to ongoing COVID-19 restrictions causing complications and logistical difficulties with hosting a participation and online conference.

Join as a WAPE member.   WAPE develop itself as a membership organization to facilitate the exchange of knowledge, new thought and research across the divide of languages and geography as well as offer its members access to certain benefits. Read more here https://wapeweb.org/benefits-joining-wape/

WAPE is a Chinese-run academic economics organisation, aiming to link up with Marxist economists globally.  It aims to promote the success of the Chinese development model as these academics see it.  Even though that might seem like bias, the WAPE forums and journals still provide an important outlet to discuss all the developments in the world capitalist economy from a Marxist perspective.

PUBLICATION POSSIBILITIES. All accepted full papers will be considered for publication in the World Review of Political Economy  http://www.plutojournals.com/wrpe/ and the International Critical Thought                https://www.tandfonline.com/loi/rict20 after passing the peer refereeing process.

WRPE. The World Review of Political Economy is a peer-reviewed quarterly journal of Marxist Political Economy sponsored by WAPE and published by Pluto Journals. For more information including types of submissions that will be considered, please go to  http://www.plutojournals.com/wrpe/  and submit your articles to WRPE via WRPE ScholarOne Manuscripts site  https://mc.manuscriptcentral.com/wrpe.

The 15th Forum program can be seen here. It was held physically at the Shanghai International Studies University, China; but was complemented by virtual panels with a large number of Marxist economists from outside China participating.  There were around 200 papers presented on a range of subjects: political economy, world capitalism, imperialism, China etc. You can read a statement of the annual forum here https://wapeweb.org/wp-content/uploads/2022/02/statement-of-the-15th-wape-forum-shanghai-2021.docx

The conference aimed to juxtapose Political Economy and Economics and contrast their positions on the various fields and areas of economic analysis. Within its broad theme, WAPE 2021 invites all contributions that enrich the perspective of Political Economy and expand the ground for further discussion.

WAPE is an increasingly important forum for discussion among Marxist economics academics. The 15th Forum delivered a myriad of papers and speeches and you see the full program here.  There were some interesting plenary sessions that took place physically in Shanghai on the state of Marxist economics in 21st century, lessons from the Soviet Union and China and on comparisons with India.

The broad theme of the conference focused on the controversy between the two main alternative traditions in economic analysis, Political Economy and Economics. Economics (with their myopic understanding of the economy as simply market relations, neglect of social and political factors and class struggle and their almost overt support for capital against labour) has been historically proved incapable of grasping how economies work and forecast and confront competently economic crises. On the other hand, Political Economy (offering a social understanding of the economy, focusing on the sphere of production, linking economic analysis to social and political factors and to class struggle) has been more successful in comprehending the actual workings of the economy and in analyzing economic crises. However, despite their long-standing failures, Economics continue to dominate academia and policy-making centers, especially in the West. Even after the last global economic crisis and its blatant failure to foresee and to resolve it, its dominance remains unwavered as it is supported by strong vested class interests. Nevertheless, there is growing unrest within both the academia and the society with this failed dominance. Political Economy is the main approach towards which all those dissatisfied with Economics turn.

Past Annual Forum have covered various topic areas. Examples of these are from the 4th WAPE Forum Statement, in 2009, on the “Statement On Nations, Globalisation and Democratic Governance During the last thirty years, two evolutions happened in the world.”. Or the 6th WAPE Forum Statement, in 2011, on “A Statement On Responses to Capitalist Crisis: Neoliberalism and Beyond”. More recently during the 15th Annual Forum it was “World Association for Political Economy ‘Rethinking Economic Analysis: Political Economy vs Economics’” which was addressed.

The 15th Annual WAPE Forum did not take place because of the COVID-19 lockdowns. This Forum was scheduled and held in 2020 on ‘Rethinking Economic Analysis: Political Economy vs Economics’ and was co-organised by WAPE and GAPE (Greek Association of Political Economy – https://poleconom.wordpress.com/) and hosted by the Panteion University of Social and Political Sciences (https://www.panteion.gr/en/) in Athens. 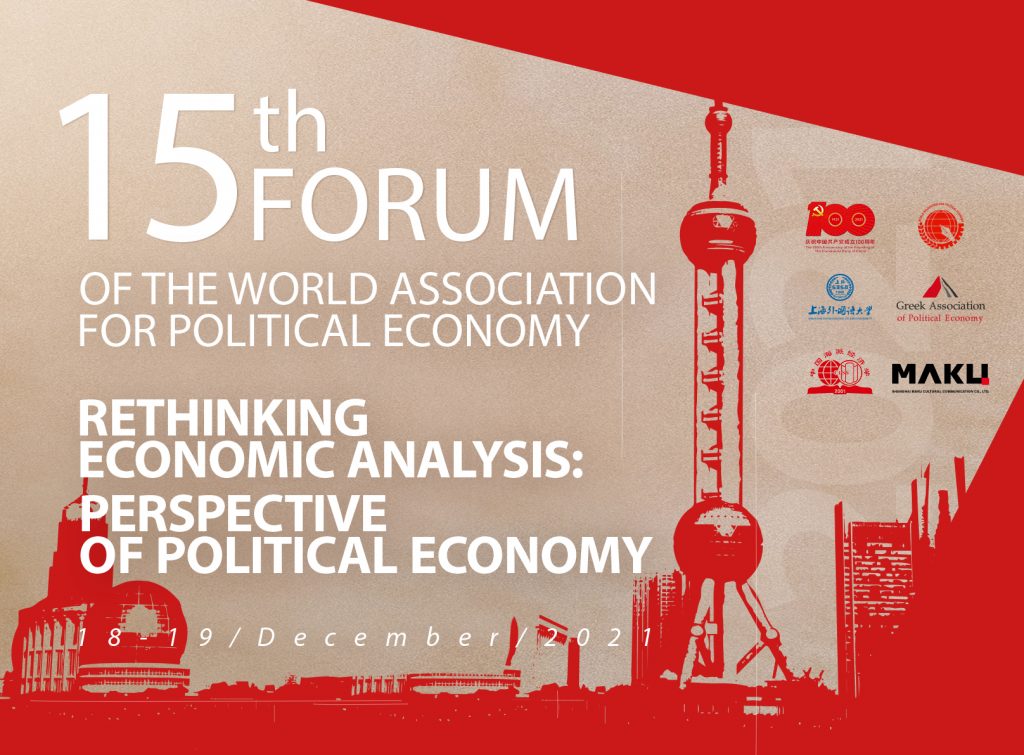 The 15th Forum, “RETHINKING ECONOMIC ANALYSIS: PERSPECTIVE OF POLITICAL ECONOMY”, of the World Association for Political Economy (WAPE) took place on 18-19 December.  The scheduled program can be seen here. It was held physically at the Shanghai International Studies University, China; but was complemented by virtual panels with a large number of Marxist economists from outside China participating.  There […] 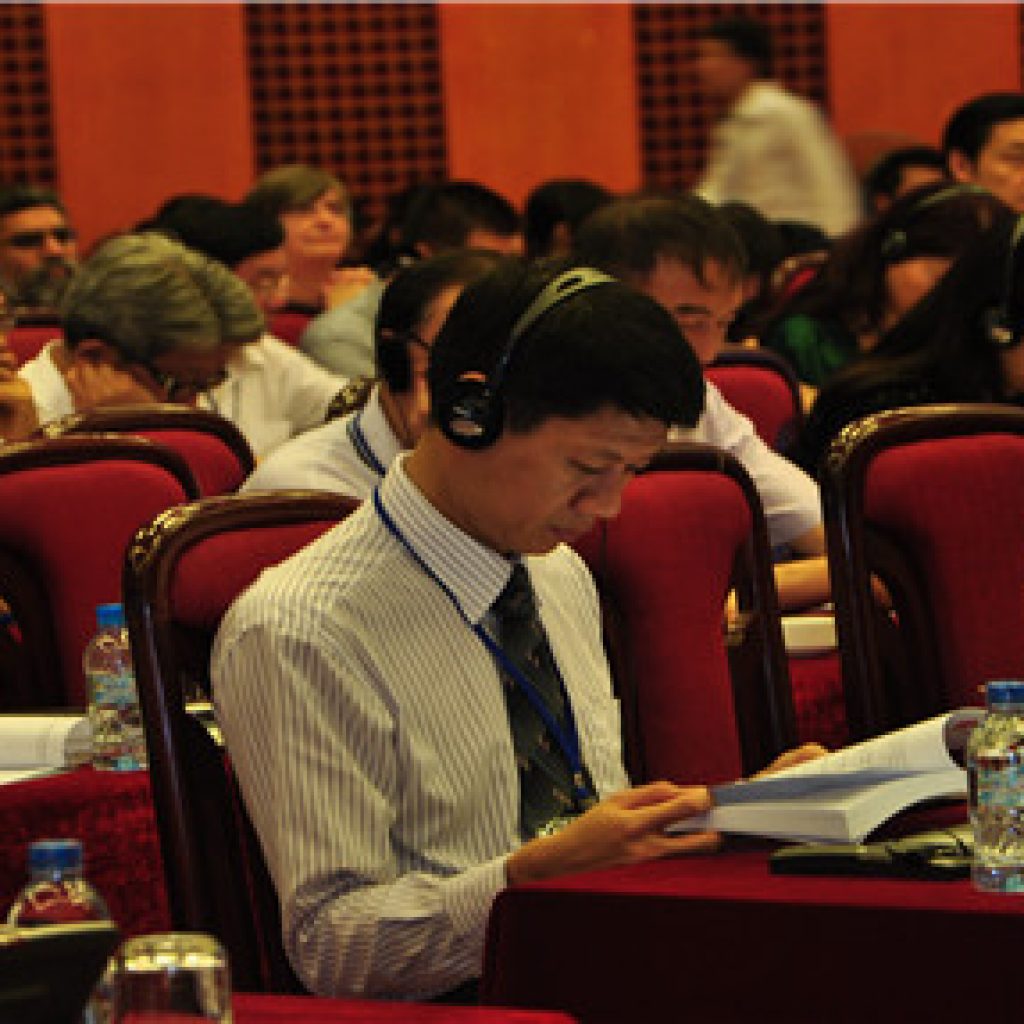 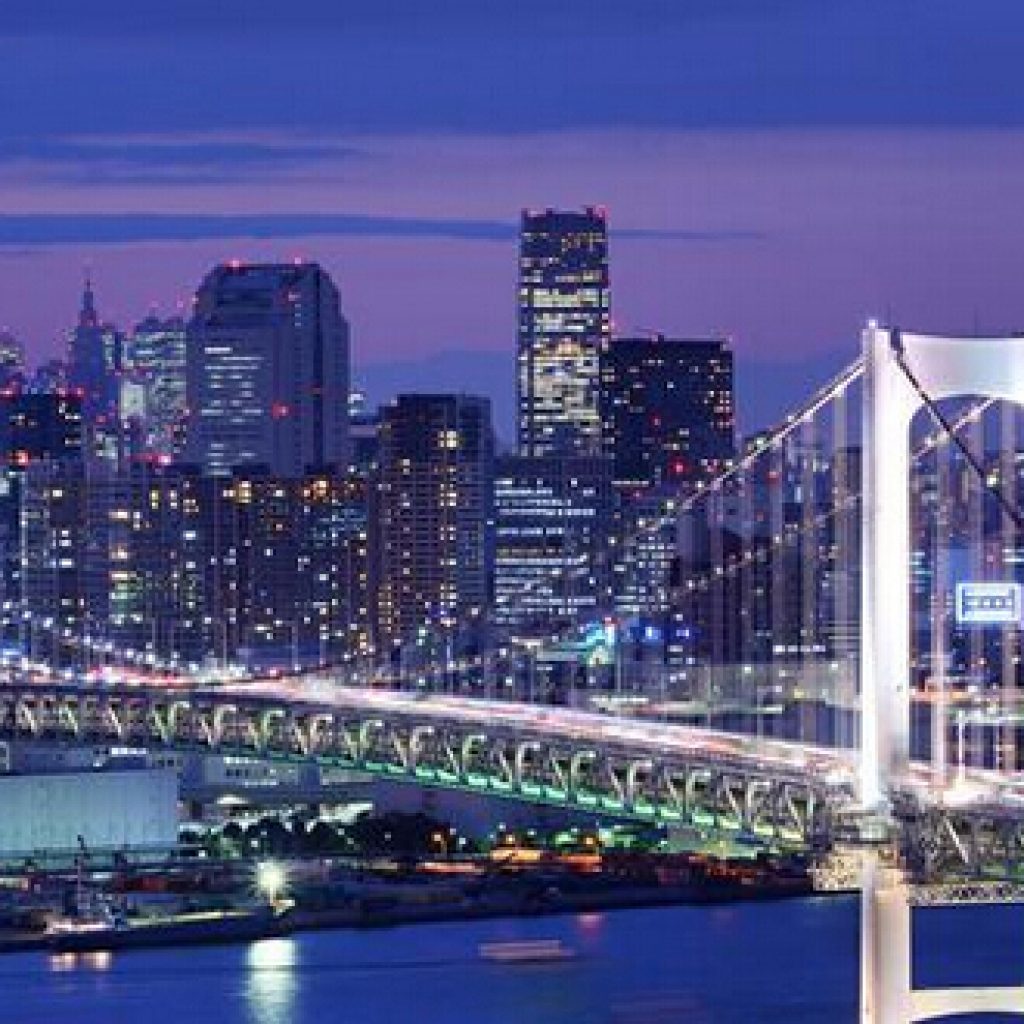 A Statement On Inequality and World Capitalism: Analysis, Policy and Action Since the end of 2007, when the latest historic crisis of capitalism became the worst ever, countries from Latin America and Asia, especially China, are referred to as new actors of a changing world as an alternative to capitalism. There are many kinds of inequalities such […] 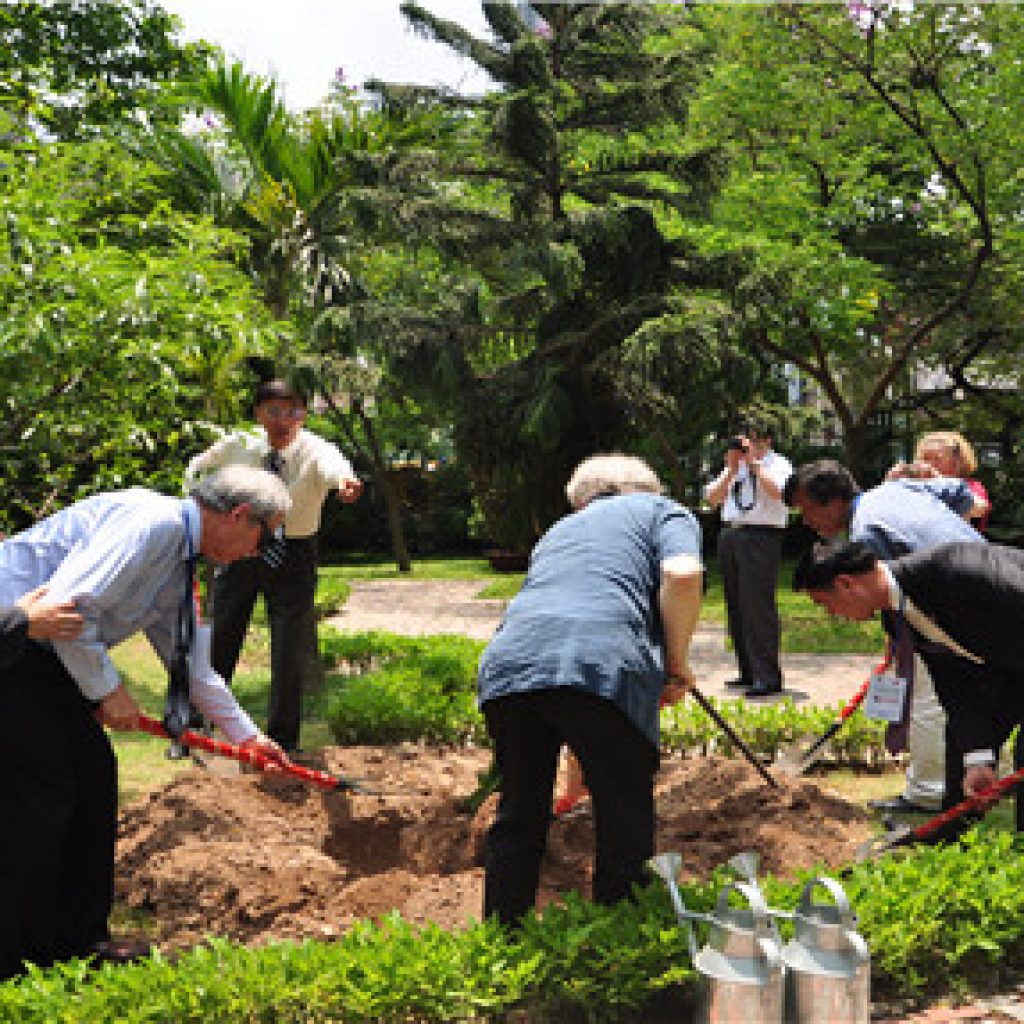 Inequality and world capitalism: analysis, policy and action 8th Forum of the World Association for Political Economy  May 23–26, 2013, at Federal University of Santa Catarina (UFSC) Florianopolis, Brazil Topics for the Eighth WAPE Forum 1. The inequality in the production and distribution of wealth in the world and its causes 2. The occupy movement and anti-inequality […]

A Statement On State, Market, the Public and Human Development in the 21st Century The history of modern capitalism confirms the potential of the public sphere and the state sector to advance human development. It must be noted that not every case of an expanded state role has been politically progressive, as exemplified by the fascist regimes of […] 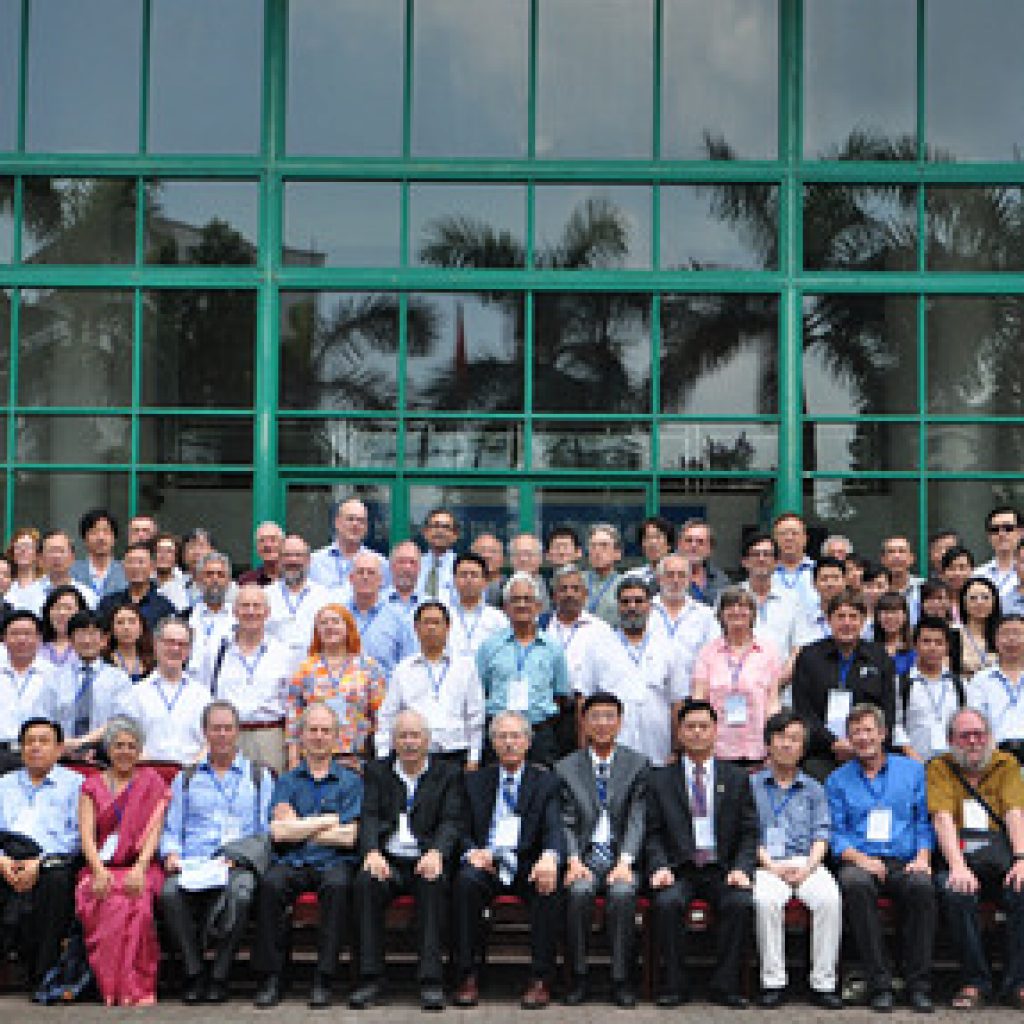 The 7th WAPE Forum – State, Market, the Public and Human Development in the 21st Century

State, Market, the Public and Human Development in the 21st Century The 7th Forum of the World Association for Political Economy May 25–27, 2012, at Universidad Autonoma Metropolitana, Mexico City Topics for the Seventh WAPE Forum 1. The relationship between state, market, and the public under globalization 2. The status, role, and forms of organization of the public in […]

A Statement On Responses to Capitalist Crisis: Neoliberalism and BeyondSome analysts have proclaimed an end to the “Great Recession” since economic output has recovered somewhat in most of the capitalist countries at present. However, the economic crisis that began in 2007-08 is not over. While capitalist profits and CEO pay have increased, unemployment remains very high […]

A Statement On The Crisis of Capitalism and its Solution: Socialism of the 21st Century The world is faced with three global processes that are decisive, not only for the daily life and indeed survival of all citizens of contemporary civilization, but also for the scientific work of Marxian economists and related groups around the world. These […]

A Statement On Nations, Globalisation and Democratic Governance During the last thirty years, two evolutions happened in the world. On one side, the biggest firms of the capitalist countries have raised the profit of their business by producing and investing in outside countries and by selling products in new markets. On the other side, large underdeveloped […]