A Statement
On State, Market, the Public and Human Development in the 21st Century

History shows that capitalism, in every stage of its development, periodically produces severe economic crises. The Great Recession that began in 2008, the financial crisis of 2008 and the Eurozone crisis that began in 2010 were all the result of thirty years of neoliberal capitalism. They represent a major opportunity to defeat neoliberalism and inaugurate a new age of expanding the public and state sectors in ways that will contribute to human development. Although in the wake of these crises neoliberalism took the new form of “austerity,” which represents an all-out attack on working people, popular protest soon followed, from the progressive uprisings in the Arab world to the Occupy movement to the current unrest and wave of electoral upsets faced by governments imposing austerity in Europe. We call on Marxist political economists the world over to take up this opportunity and call for an expansion of the public sphere and state sectors in ways that genuinely promote human development.

Three decades of neoliberal dominance shrank the size and reduced the quality of the progressive aspects of the public sphere and state sector while also worsening the ecological crisis. Neoliberals dogmatically insist that the state and public sectors are inefficient and only markets and the private sector are capable of creating growth, employment, development and human welfare. Nothing could be farther from the truth. That capitalism’s so-called golden age was contemporaneous with the apogee of progressive forms of public and state sector expansion under the momentum of popular mobilization the world over was hardly coincidental. Nor has the roll-back of these historic popular gains resulted in greater growth and prosperity as claimed by neoliberals. Instead, the actual results of their policies have only benefitted big capital, particularly financial capital, the monopolizing military-industrial groups, and the very rich. For the rest, the results have only been economic stagnation or even decline, misery, unemployment and often precipitous declines in human welfare, as in the Russia, where neoliberal ‘shock therapy’ actually led to declines in longevity unprecedented in peacetime.

As neoliberalism came to dominate policy-making, the right became ascendant and established left forces in many parts of the world were put on the defensive. Many even moved rightward. And neoliberalism could be imposed on weak developing countries through agencies such as the IMF and the World Bank, often in alliance with domestic elites. Nevertheless, people’s struggles contested neoliberalism from the very outset: from the strikes, demonstrations and riots in the UK in the first years of Thatcherism to the ‘IMF riots’ in the developing world, people expressed their anger against neoliberal policies.

It is no wonder that by the end of its first decade, neoliberalism’s message began to be diluted with the reluctant acceptance of a larger state and public economic role in some countries. And finally, by the latter 1990s neoliberal policies began to be rejected in some countries. Latin American countries, which suffered some of the harshest neoliberal discipline under the IMF’s notorious Structural Adjustment Programmes, were first off the mark. In a wave of political upsets the region’s peoples installed left-wing and centre-left governments which broke free of IMF debt and expanded their policy autonomy to begin addressing the region’s notorious economic inequality. In India, the most right wing government in its history was rejected by the electorate at the moment of its greatest hubris, and a coalition government supported by left parties significantly expanded welfare spending.

However, in the countries of the capitalist core, the class forces that installed and benefitted from neoliberalism remain in power. Although the 2008 financial crisis, the Great Recession and the Eurozone crisis were the result of neoliberalism – particularly the low growth, high inequality and financial dominance it produced – and although when these crises broke, much was heard about the ‘return’ of Keynes and his policies of fiscal expansion, ‘austerity’has become the new and draconian form neoliberal policies have taken. Amid rising unemployment, homelessness, and rising prices of food and fuel, austerity has added to the misery of the majority by shrinking those public sector services on which people depend.

As these policies are being rejected in the heartlands of capitalism in country after country, we call upon Marxist political economists to do the following: 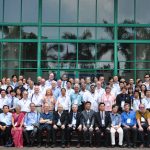 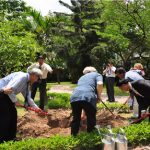